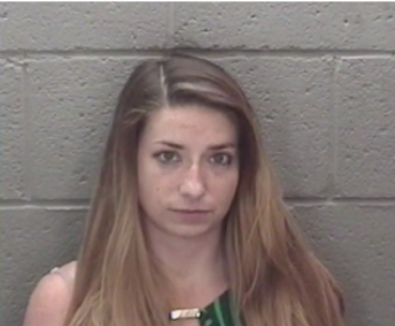 McAuliffe was a maths teacher at the school, located at 3334 Bishop Rd.

The school confirmed she was last employed at the school on May 4.

At that point, police started an investigation which involved interviewing multiple students and faculty members.

Warrants were served on McAuliffe on June 8 and she was charged with three counts of sexual activity with a student and one count of indecent liberties with a minor.

Police said two of the students are 17 years old and the third is 16 years old.

“We have been fully cooperative with local law enforcement during the course of their handling of this matter,” Rocky Mount Preparatory said in a statement.

“I was really surprised,” parent Felicia Russel said. “I thought that women teachers were getting smarter and better.”

Dayvon Steel graduated from the school last year. He called it a good school with supportive, caring teachers.

“It’s very shocking and appalling that a person would do that with a student,” he said.

McAuliffe was held in the Carteret County jail under a $20,000 bond. Records show she has bonded out.