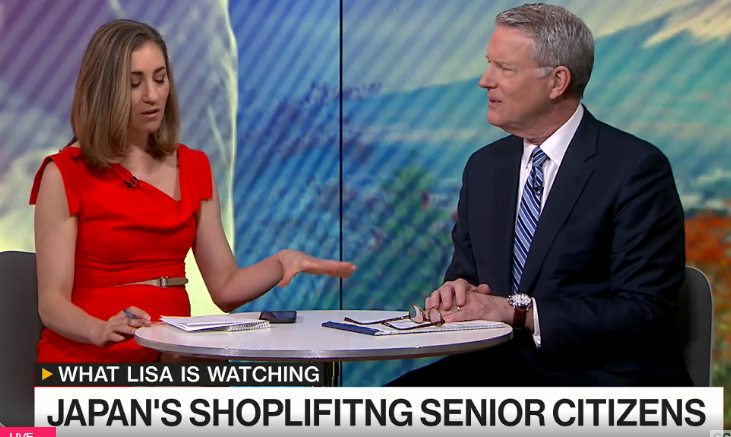 Every aging society faces distinct challenges. But Japan, with the world’s oldest population (27.3 percent of its citizens are 65 or older, almost twice the share in the U.S.), has been dealing with one it didn’t foresee: senior crime. Complaints and arrests involving elderly people, and women in particular, are taking place at rates above those of any other demographic group. Almost 1 in 5 women in Japanese prisons is a senior. Their crimes are usually minor—9 in 10 senior women who’ve been convicted were found guilty of shoplifting.

Why have so many otherwise law-abiding elderly women resorted to petty theft? Caring for Japanese seniors once fell to families and communities, but that’s changing. From 1980 to 2015, the number of seniors living alone increased more than sixfold, to almost 6 million. And a 2017 survey by Tokyo’s government found that more than half of seniors caught shoplifting live alone; 40 percent either don’t have family or rarely speak with relatives. These people often say they have no one to turn to when they need help.