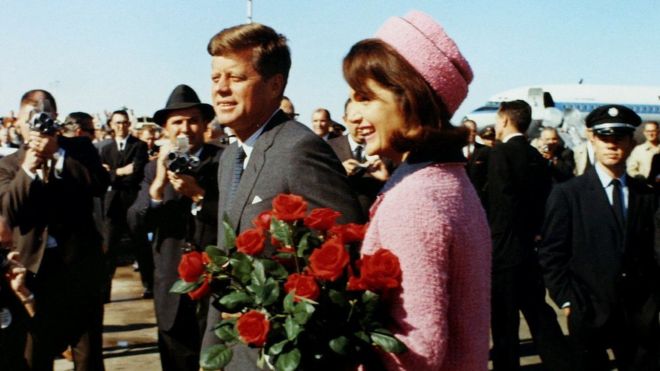 A British local newspaper received an anonymous call about “some big news” in the US, shortly before President John F Kennedy was assassinated, according to documents.

This was 25 minutes before Kennedy was shot in Dallas, Texas.

A copy of the memo was released by the National Archives in the US in July, but had gone unreported.

It was revealed again when the latest batch of documents relating to the assassination were released on Thursday.

President Kennedy was shot as he rode in a presidential motorcade in Dealey Plaza at 12:30 Central Standard Time, which is six hours behind Greenwich Mean Time.

The document, from the deputy director of the FBI, James Angleton, to the director, J Edgar Hoover, said the British Security Service (MI5) had reported that the call was made to the senior reporter of the newspaper.

The memo read: “The caller said only that the Cambridge News reporter should call the American Embassy in London for some big news and then hung up.

“After the word of the President’s death was received the reporter informed the Cambridge police of the anonymous call and the police informed MI5.

“The important point is that the call was made, according to MI5 calculations, about 25 minutes before the President was shot.

“The Cambridge reporter had never received a call of this kind before, and MI5 state that he is known to them as a sound and loyal person with no security record.”

The memo added that similar anonymous phone calls “of a strangely coincidental nature” had been received by people in the UK over the past year, “particularly in connection with the case of Dr Ward” – potentially a reference to Dr Stephen Ward, one of the central figures in the Profumo affair.

Current staff at the Cambridge News said they did not know who took the call, but they were speaking to people who worked there in the 1960s to find out.

Reporter Anna Savva said hearing about it was “completely jaw-dropping”.

She added that there was only speculation as to why the anonymous caller chose the Cambridge News.