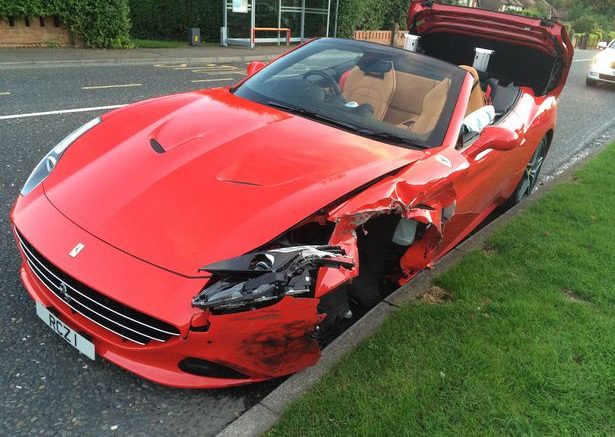 A property developer who crashed his £150,000 Ferrari while more than twice the legal drink-drive limit has been handed a five year driving ban and ordered to complete 75 hours of community service.

Bail of £500 was fixed for appeal but Walsh is banned from getting behind the wheel in the interim period.

The incident happened on the Belfast Road in Holywood, Co Down, on September 26, 2015.

The earlier court had been told that Walsh had crashed his £150,000 Ferrari California T into two cars before leaving the scene of the accident but within minutes he was discovered hiding in bushes.

Walsh had attempted to use a so-called ‘hip flask’ defence with defence QC Gregory Berry claiming he had in fact consumed the alcohol after the impact.

At Ballymena Court on Thursday Mr Berry said the case had attracted adverse publicity but that three references handed to the court painted a completely difference picture and showed his client was “generous” and someone who helped many different people behind the scenes.

He said the portrayal could be of a “brash and flash individual” and said there may be a temptation to “throw the book” at Walsh.

Mr Berry said Walsh was “not a serial offender” and he urged the court to keep the disqualification to three years as no one had been injured and although damage had been caused to vehicles the main damage was to the defendant’s own vehicle.

The judge noted there had been 15 court appearances in connection with what should have been “a very early plea” and said if that had been the case the ban would have been for three years.

Imposing a five year disqualification, Judge King said he would allow the defendant to undertake a drink-driving awareness course which, if completed, will reduce his period of disqualification by 15 months.