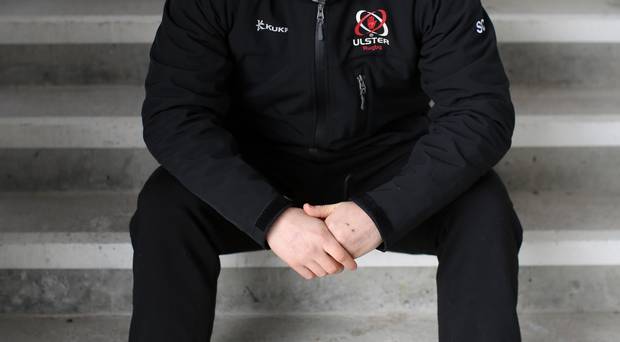 These are the four Ulster rugby aces charged in connection with a serious sex attack in south Belfast.

It had previously been revealed that Ulster and Ireland players Jackson and Olding had been accused of raping a young woman at a property on June 28, 2016.

Sunday Life can today reveal the identities of their co-accused, who have both also represented their province at different levels.

We can also reveal details about the  string of sexual offences Jackson (25) and Olding (24) are facing.

Ireland fly-half Jackson is accused of  two charges — raping the female when he “did not reasonably believe that she so consented” to sex and sexually assaulting her by penetration.

His club and international teammate, Olding, is charged with two counts of rape against the same woman.

Their co-accused, McIlroy and Harrison, were at Methodist College with Jackson and all three played in the 2009 Schools’ Cup winning side.

Former Ulster star McIlroy, of Royal Lodge Road in south Belfast, has been charged with exposure for intentionally exposing his genitals to cause “alarm or distress” on the same date.

The 25-year-old scrum-half has played a number of times for PRO14 side Ulster Rugby after impressing club bosses while on both academy and development contracts with the side. He also played rugby for Ulster in their age group squads, as well as representing Ireland in the under-20s.

After failing to secure a senior contract at Ulster, McIlroy moved to the United States to study at Life University in Atlanta, Georgia.

Harrison, of Manse Road, Castlereagh, is a former University College Dublin player who is currently with Belfast Harlequins.

The 25-year-old is facing two charges linked to the incident. Harrison is charged with perverting the course of justice on dates between June 27 and July 1 of last year by allegedly making a false witness statement to police.

According to the charge sheet, Harrison “lied” about his dealings with the victim and “omitted information relevant to the police investigation into alleged offences” committed against the claimant on June 28, 2016.

Rory Harrison is also accused of withholding evidence in relation to the alleged rape between June 27 and October 5, 2016.

It is claimed that he “had information which was likely to secure or to be of material assistance in securing the apprehension, prosecution or conviction of some person for that offence and without reasonable excuse failed to give that information within a reasonable time to a constable”.

Harrison has played for Ireland’s under-19 development squad and the Ulster under-20s.

They were made aware of the Public Prosecution Service’s decision to prosecute at the end of last month.

Solicitors for Jackson and Olding say they strenuously deny the allegations against them.

Both players have been relieved of their Ireland and Ulster duties pending the outcome of the trial.

Solicitor Joe Rice, who represents Olding, described the top rugby player as a man of “impeccable character” with an “unblemished” record and said the prosecution was “disappointing”.

He said Olding has co-operated fully with the PSNI investigation and “is anxious to clear his name in court” in the near future”.

“Obviously we would ask everyone to respect the presumption of innocence that applies.”

Solicitor Kevin Winters, who represents Jackson, also said they were “very disappointed” at the decision to prosecute “given the particular circumstances and facts known in this case”.

He added: “Our client rejects completely the allegations made against him and we are confident he will be exonerated in due course.

“Given that the case will be a jury trial, it is absolutely critical that nothing is done or said in the media to prejudice due processand to that end we urge restraint on any sensationalist reporting.

“We will push for as early a hearing as soon as possible as Patrick wants to quickly resume playing his rugby for Ulster and representing his country.”

The Irish Rugby Football Union (IRFU) and Ulster Rugby said in a joint statement that they have taken the allegations “extremely seriously” and that “appropriate support structures will be put in place” during their break from rugby.

Thanks to: Belfast Telegraph