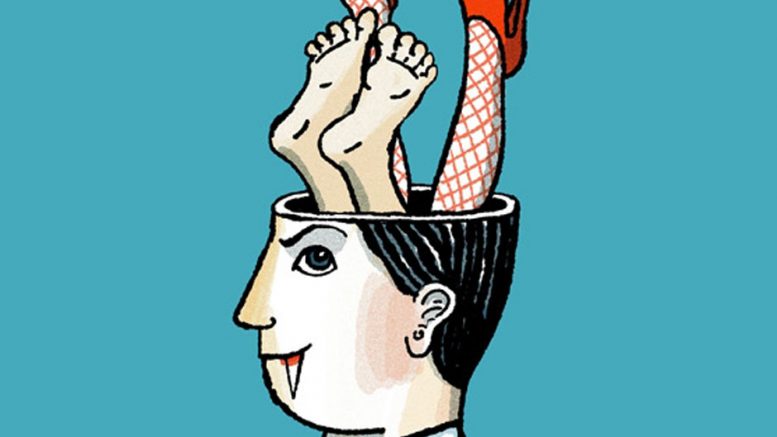 Video sites are by far the biggest consumers of bandwidth on the Web: Netflix, YouTube, Twitch … MindGeek. Or maybe that last one doesn’t ring a bell? MindGeek (formerly known as Manwin) has over 100 million daily visitors and is one of the top 10 consumers of bandwidth; some reports have them in the top three. They operate nearly a hundred websites that in total consume more bandwidth than Twitter, Amazon, or Facebook. Of all top content providers, though, MindGeek has by far the most shadowy presence. Its website says they are “pioneering the future of online traffic”—but doesn’t say much about what they actually do with all that bandwidth.

The decline has continued since then, driving down fees and causing performers to look elsewhere to make ends meet. When South started in the industry, “I could count performers I know who did prostitution on one hand. Now I can count the performers I know who don’t do it on one hand.” According to Salon, while performers working as escorts was rare and frowned upon in 2000, by the end of the decade it had become common. Adult performer Houston told Salon’s E. J. Dickson last year, “If you look at the escort sites, pretty much every porn star is on there.”

Porn industry workers do not have many options available. Actress Tasha Reign told ABC, “I kinda have to shoot for [MindGeek] because they own almost everything.” This total industry dominance has had the effect of silencing performers against criticizing Mindgeek; people like South and Siri, who have openly condemned MindGeek’s monopoly and power, are extremely rare. When asked, most refuse to talk about piracy, worrying that MindGeek will blacklist them. Since MindGeek-owned companies provide huge amounts of advertising to Adult Video News and other industry news sites, they wield a great deal of influence over trade publications and events as well.

MindGeek itself has something of a checkered past. In 2009, the Secret Service seized $6.4 million from bank accounts controlled by Mansef, a company founded by Stephane Manos and Ouissam Youssef, the assets of which Mansef later sold to German tech investor Fabian Thylmann, who made them part of a company he owned called Manwin. Manwin would later become MindGeek. (Of the $6.4 million that was seized, $4.15 million was later released pursuant to a settlement with the federal government.) In April 2011, Manwin quietly secured a $362 million loan from Wall Street firm Colbeck Capital, founded by former Goldman Sachs employees Jason Colodne and Jason Beckman. (Goldman Sachs distanced themselves from the two.) Colbeck’s funds were in turn secured from other firms including the troubled Fortress Capital, masking the Manwin association. Having used the loan to continue to acquire tube sites and content producers, Thylman was then extradited from Belgium to Germany in 2012 for tax evasion on Manwin’s profits. In late 2013, Thylman was bought out by current CEO Ferras Antoon and COO David Tassillo, longtime players within the company, who now control operations from Montreal. (Manwin’s name was changed to Mindgeek in 2013.)

As content-provider companies like Netflix and Amazon move into the content-production business, MindGeek provides a glimpse of how the alignment of incentives can change. The distributor doesn’t necessarily need to make content that generates adequate money for the content producers, as long as it generates money somehow. None of these other companies will shift to the free ad-based model that MindGeek’s tube sites use, but a company like Netflix may end up in a position of far greater strength if it comes to control a primary means of distribution—especially if it’s one cheaper than cable—and movie studios and networks may end up having to cut deals with Netflix rather than the other way around. Right now content producers have tremendous influence with Netflix because Netflix needs their content, but should that balance of power change, Netflix will be in the position of power, which is why HBO and others are racing to get into the online streaming business.